I met Amanda early in her pregnancy as I do many of my mama’s when she and her spouse decided a home birth was what they wanted for their first child. Amanda was determined to take good care of herself even with severe nausea and vomiting well into the middle of her pregnancy. All of the traditional pregnancy symptoms of the first trimester seemed to hang on for dear life in Amanda’s pregnancy making the journey challenging at times. However soon, her symptoms subsided, and Amanda was able to focus on growing her healthy baby, working and preparing for his arrival. As 40 weeks rolled around at the end of November, I became anxious about having yet another birth when I had just finished my 4 births in just over 48 hours stint but, Amanda stayed pregnant and we saw each other just before 41 weeks. Amanda was disappointed she was still pregnant but knew this was likely with this being her first pregnancy. We made an appointment for the following week and anticipated she would go into labor before then. Monday arrived and Amanda was back in my office for 41 weeks and 5 days. Little did we know at the time that we would be seeing even more of Amanda than we ever thought! We decided to strip membranes and completed an NST and BPP. Everything came back normal so we continued on with the pregnancy. That Wednesday, Amanda had several contractions with bloody show and was sure she was in labor but by the next morning, things had stopped. We decided to do a 42 week and 2 day visit for another stripping and to incorporate some herbs and discuss castor oil as well as do another BPP. Her cervix was changed slightly from her check earlier in the week but I could tell it was not what Amanda had hoped for. I talked about how little the cervix tells us and encouraged her to stay on track like she was! She started the herbs but couldn’t stand the taste so eventually stopped those and by the next morning, she had eaten a castor oil burrito with no luck. I talked about how much this baby must just need more time and encouraged her to continue to trust her body, even though she felt her faith in her body was failing. By Monday morning and at 42 weeks 5 days, Amanda was emotionally exhausted. Tears were shed at her appointment as we discussed a hospital induction scheduled for Wednesday at 43 weeks. She decided not to do any more interventions and wait it out to see what her body would do. She was done trying to “make” it happen. We completed another NST and baby looked wonderful! I sent Amanda off to her induction massage that her friend had given her and hoped we would meet baby soon.

By that night, I received a call from Amanda that she may be in early labor. She complained that it only hurt in her cervix but that it was intense and hard to walk through. We talked about when to call me back and I encouraged her to stay positive! I received a follow-up call at 4:15am from Dilynn, Amanda’s husband letting me know that Amanda was feeling a bit out of control and wanted some help with how to cope. I talked through some coping methods and told her to get in the pool if the contractions were too intense and she was not getting a break. She did that and her contractions spaced enough so she could cope with them better. Her 4-5 minute contraction pattern continued through the morning and by 8:30am, she felt it might be time for me to come. I left my home and drove to Amanda in Canon City which is just over an hour drive. I arrived just before 10am to find Amanda laboring in her bed. I listened to baby and did some vitals and everyone was doing well! We decided to do a check and I found Amanda to be 5cm! We were so excited she had made progress (she was deeply concerned about still being 1cm). I decided to run to Pueblo to do a home visit and went to lunch with my assistant Chelsea. We walked around Canon City and around 1:30pm, I received a text from Amanda that she felt like she might be in transition. We got to her home around 1:45pm and did another check to find she had progressed to 7cm and her water broke shortly thereafter! We were excited that things were moving along! Amanda did amazing walking around her room, sitting on the toilet, getting in and out of the tub and just keeping things progressing well. She went through a brief period where her contractions spaced out but we took this opportunity to allow her to rest and be thankful! Finally around 3:55pm, Amanda began to feel the urge to push! She pushed in the pool for about 30 minutes but it seemed like the position was not working for how tired Amanda was and we decided to move to the bed so she could rest her legs. We pushed on the bed changing positions frequently to help baby move through her pelvis and we finally got to meet her little one at 5:55pm when she made the final push for delivery! Just 5 minutes short of a 24 hour labor and a perfect 8#0oz, little Benjamin joined us as healthy as ever! He even had the cord around his neck twice and never once faltered from a perfect heart rate while Amanda labored! Even though he chose to stay in until 42 weeks and 6 days, he did everything else so perfectly, it was worth the wait! Welcome to the world sweet baby, thank you for giving me the honor of being present at your birth! 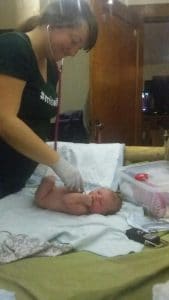 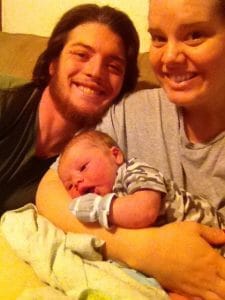 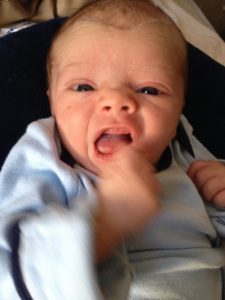 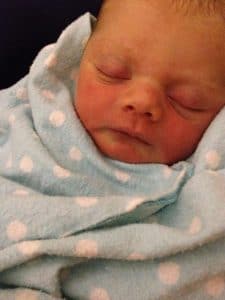 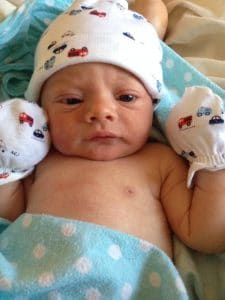 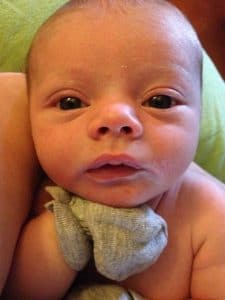 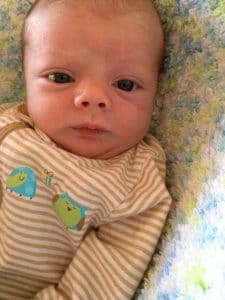