I met Stephanie at the beginning of her second trimester when she found out I took her health insurance. She was pregnant with her third baby and she was ready to have a home birth! She had had two uneventful births before and knew it was due time to do it the way she always wanted. Her pregnancy progressed beautifully but like the previous baby boy’s in my practice for the month, this baby had no intentions of being born any time soon! 41 weeks passed and Steph was shocked that she was still pregnant as she had never carried her babies past 39 weeks! We talked about her options but decided to let baby take whatever time he needed to come. She reached 41 weeks and 5 days and when it seemed there was no end in sight, I received the call!

Steph called me at 12:10am to let me know her water had just broken. The fluid was clear and bay was moving but she had only had one contraction in 10 minutes. I encouraged her to try and rest and when they were closer together to start setting up the pool and give me a call. I received another call around 1:30am that things were progressing rapidly and it was time for me to come. In Stephanie’s words “the contractions are coming so fast, I can’t catch my breath!” I knew I had to hustle, it looked like were going to have a fast birth. I raced to Steph’s house arriving around 1:50am and got her room set up for the birth while I waited for my team to arrive. Shortly before she felt the urge to push, my assistant arrived and we both threw on gloves. Steph felt an intense urge to push and gave in naturally. With each push, I could feel baby moving lower and lower and I encouraged Steph to keep up the work! Finally, with one big push, baby’s head delivered and with the next push she was able to pull baby to her chest. I smiled at how big this baby was! He was definitely going to be her biggest! Steph took a deep breath as we realized she had only been in labor for an hour and a half! Theophilus was born as 2:26am weighing in at 9#15oz! He was so beautiful and mama was amazing! Thank you for allowing me to share in this speedy but beautiful moment, I’m so happy for you and your family! 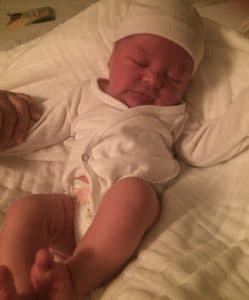 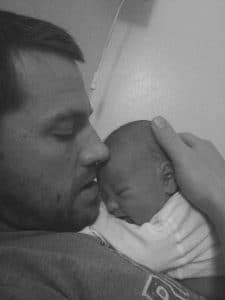 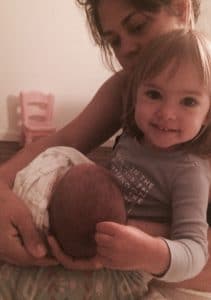 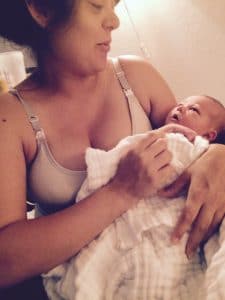